Though most of Essex County in Massachusetts have seen the prices of homes go up from a year ago, there were 10 towns who saw a decline in sales prices in the 3rd quarter of 2017 vs 2016. 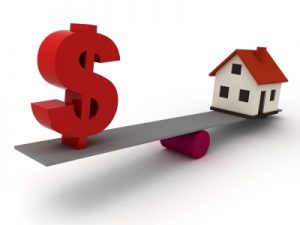 The market has definitely seen some softening in the latter part of this year, however, because the inventory of Massachusetts homes for sale is still extremely low, supply vs. demand is going to keep home prices up for quite a while.

What about people who own homes in the towns listed above? Is this something that those homeowners should be concerned about? Those price drops are only for one quarter of the year, which really doesn’t show the true picture of the market. However, it can show trends. Most of these towns will end up with increased sales prices overall when we look at the data for the full year at the end of December.

If we look back on the 1st and 2nd quarters of 2017 There are a couple of towns that may need some watching. Merrimac also had price drops in the 1st and second quarter of this year, for an average of -6.13% Jan-Aug 2017 vs 2016. However, it looks like Merrimac is going to have a good 4th quarter which should pull them

Manchester-by-the-Sea had a price drop of 45.3% in the first quarter and an increase of 13% in the 2nd quarter. The problem with the stats for Manchester is in the first quarter there are less than 10 homes sold each year. This is not enough sales to derive any statistical information, which is why I look at any housing stats that contain other than a full year’s worth of data with skepticism.

Looking at Essex County homes as a whole with year-to-date data, the median single-family home price has increased 7.5% in 2017 vs 2016. The average Days to Offer is 13 Days, which means if you place your home on the market and you don’t get an acceptable offer on it within say 3 weeks, then your home is way overpriced.